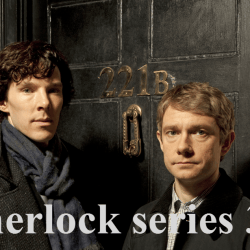 Sue Vertue of Hartswood Films, the company behind Jekyll, Men Behaving Badly but most importantly Sherlock, has confirmed filming for series 3 of the BBC show will start this month. Cameras roll on Monday, March 18th but it is expected that the series will film in two parts due to the busy schedules of Martin […]

Doctor Who fans started to worry today when lead writer and Doctor Who supremo Steven Moffat deleted his Twitter account. The concerns were manifold. Had the popular writer been harrassed off Twitter or was we preparing for some news that was going to be so bad, so upsetting to the Doctor Who Twitter community, that […] 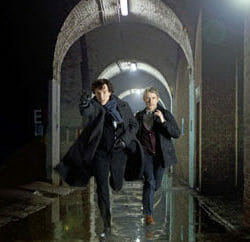 File this under “Ooh; looks interesting”. The BBC are gearing up for three new, 90-minute, Sherlock Holmes films. This new Sherlock mini-series was co-crated by Steven Moffat (in charge of the Matt Smith season of Doctor Who) and Mark Gatiss (who played Doctor Lazarus for the Tenth Doctor and who wrote Victory of the Daleks). […]

"Comment moderation by Cthulhu"
Manage Cookie Consent
This site uses cookies 🍪, and links are ads that may earn bloggers some money 💰, and with this alert, I very much hope that these dark truths 🧌 are acknowledged.
Manage options Manage services Manage vendors Read more about these purposes
Preferences
{title} {title} {title}
Loading Comments...