Roll20Con 2020 wraps at the end of the weekend and there’s already been a ton of announcements. Thankfully, the virtual tabletop team have helped summarise them, and so let’s take a look.

The built for Roll20 RPG Burn Bryte has a free to play adventure called Trapped at the Edge. The other new adventure, After Midnight costs $9.99.

The Galactic Grimoire is the third new piece of new Burn Bryte content. It’s a bestiary with 25 new sci-fantasy monsters that comes with Pack 2 of Ship Components, and that means 16 new ships with 20 new modules for customisation.

Third-party new games are also being added to Roll20 at pace. Cubicle 7’s Warhammer is now live on the platform.

Call of Cthulhu, D&D, Pathfinder and Starfinder are among the RPG lines that will be expanded on the platform.

Roll20 Mobile is coming soon. We don’t have a date, but we’re expecting to see a closed beta first and a system that integrates character sheets and dice.

Roll20 says 700people asked for better Page management on the platform. The Grid View has been with a new interface as the first phase of those improvements.

The virtual tabletop has also said that scheduling updates will come soon to the platform so that it’ll be easier to connect with players and find a time when everyone can play.

New live shows have also been announced. The Balikbayan: Returning Home (powered by the apocalypse) begins on the 28th, with Indie Showcase Season 2 and Burn Bryte Season 2 (featuring After Midnight) both marked as coming soon.

Perhaps most importantly, Roll20 are matching donations made to Code2040 throughout the convention. At the time of writing, an impressive $14,000 has been raised, but Roll20 will match the first $50,000.

At Roll20, we are constantly striving to lower the barriers of entry – both for the people who play games and for the people who bring these games into our world. With its campaign for Code2040 and its engagement across our virtual tabletop on so many levels, Roll20Con is a celebration of that goal. I’m proud to say our announcements reflect that work as well, and we are thrilled to share with our community everything that’s in store for them in the months to come.”

As the milestones are met on the donation campaign, Roll20 is giving out freebies such as the Roll20Con 2020 t-shirt and aircraft grade Norse Foundry dice.

All the announcements from Roll20Con 2020 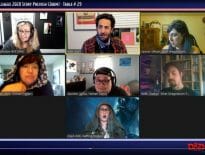 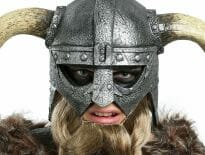