Virtual Tabletops are very popular right now and with good reason. Companies like Roll20 have worked hard to offer value to the roleplaying community, to listen to feedback and evolve. At the same time, the rise of actual play videos on Twitch and YouTube has brought all new audiences to the hobby. You could even argue that the growing new generation of tabletop gamers today is virtual first, physical tabletop second.

Today, Roll20 launches a beta test of a whole new direction. They’re letting Roll20 Pro subscribers in first and then Roll20 Plus subscribers in later.

But is this a risky move? Traditionally, Roll20 works with tabletop publishers to incorporate their games into the virtual tabletop. Will launching a rival RPG threaten this cooperation?

I asked Nolan T Jones, the Managing Partner and co-founder of Roll20 why the company was doing this, and he had two responses.

1) Helping us understand what publishers go through in making and maintaining a game.

2) Giving us a tool that we can share with publishers to give them clear numbers as we try experiments with content sizes, pricing, etc.

Geek Native also asked whether or not Roll20 had had to say anything in particular to reassure publishers. Nolan said;

When we came to the decision to do this, it was largely about HELPING publishers, and so we got in contact with them a couple of times throughout this process to give a head’s up. The proof will be as we start giving them sales numbers and the like. That said, we haven’t had any publisher give any harsh negative feedback yet– which is something we HAVE experienced with brick-and-mortar stores as Roll20 in the past, so I feel pretty good about publishers understanding we’re looking to add to the industry in a productive way.

I was also given a chance to put some questions to James Introcaso, the writer and producer of Burn Bryte.

Geek Native: What’s so special about BB that makes it uniquely suited to Roll20.

James Introcaso: Burn Bryte’s design has several mechanics baked-in that make it optimized for Roll20. For optimal play every player needs to have at least 35 dice in front of them. While all those dice are never rolled at the same time, as many as seven can be rolled at once.* That many dice and results is much easier to manage on Roll20.

Burn Bryte allows players to build a ship together and they maintain a pool of shared resources with Advantages (which allow for rerolls) and argent, which is the currency in the game. Since Roll20 makes sharing maps and character sheets easy, we wanted to take advantage of that as well. Plus it’s really fun to build a spaceship with your friends and Roll20 allows for that as well.

Our combat mechanics, for both personal and spaceship battles, rely on using maps as well. Roll20 is better at handling map and token combat than any in-person game I’ve ever played. We definitely embraced those ideas and took spaceship combat to the next level. Rather than the players moving their spaceship token around a map, their character’s tokens appear on a map of the ship they built together and run all over the ship firing turrets, repairing damage, and piloting the ship.

Roll20 also makes rolling on a random table easy. Rather than looking through a book, a random table roll is never more than a click or two away. Whenever the characters fail a skill roll in the game, a random consequences table is there ready to rock.

There’s a lot of other odds and ends that make the game perfect for Roll20. Tracking two different types of health levels, complex conditions, a bevy of special abilities, and tracking the way you gain a special resource called Nova Points are all made easy by Roll20’s character sheets. Space travel is much easier to calculate on our galaxy map we’ve integrated into Roll20. The compendium makes looking up rules and creating characters super easy. There’s even more where that came from, but we need to keep a few surprises.

The core mechanic is that every player has the same 18 skills (six physical, six social, and six mental) and essentially every roll made is a skill roll.

When a player makes a skill roll, they roll multiple dice of the skill they are using, and if they do NOT get doubles, the roll succeeds. Getting doubles is a failure.

In combat players will roll two dice of the skill they are using for the first action they take on their turn. Then three dice for the next action, four for the one after that, and so on.

Players get to choose how many actions they want to take in a turn (up to six), but a failure on a roll results in the end of their turn, plus additional consequences.

How diverse was the team?

In addition to the Roll20 staff, who were integral to the process, the design team consists of Jim McClure, Kat Kuhl, Darcy Ross, and myself. The art team consists of Beth Varni, Beka Black, Abby Gavit, Jose “Gigio” Esteras, Christopher West, Gabriel Pickard, Rich Lescourflair, Brass Badger Workshop, and Dylan Todd. Savannah Broadway is our editor and Cassie Levett made our character sheet. It’s a big team full of people from all walks of life.

How should gamers get started with Burn Bryte?

The beta playtest is going to be released to Roll20 Pro subscribers first then Plus subscribers later on. Subscribers will be able to access a compendium full of rules for the game and a one-shot adventure, Burning Daylight, that comes with pregenerated characters and quickstart lore and rules to help people jump right into the action. From there we’re hoping to get some feedback from players and GMs about their experience with Burn Bryte so we can continue to make it awesome. If you have the time, read through the compendium before playing, but it isn’t neccessary. Folks can start with Burning Daylight and not miss a beat.

Last week Roll20 used Twitch to host a live developer chat. You may find questions with appropriate answers there too. 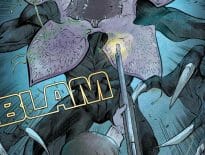 Comics TFAW exclusive cover and a look inside Stranger Th… 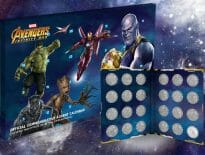