You are here: Home / Games / PC / RPG Cinematic: Animate your D&D character, even your whole world, in Unreal Engine

The Unreal Engine is used to make computer games, and now programmer and animator Luke Cosgrove is using it to create a 3d-virtual tabletop for RPGs like D&D. The project is called RPG Cinematic.

Thought innovation in the virtual tabletop space was tailoring off? Think again. RPG Cinematic has virtual avatars to replace your face, so you can speak in character through an animated mask, turn planners for players waiting for their go and even the ability to zap badly rolling dice.

RPG Cinematic is an ambitious Kickstarter, needing AU$240,000 to find. Still, I recommend watching the videos (if only for cute cameos) just to see what the future of online RPGs might be. In the meantime, you can follow the campaign progress on Kickstarter.

You can map out your entire campaign setting in 2d, press a button and RPG Cinematic will render it as a complete 3d experience.

Access to the Player Edition begins with just an AU $15 pledge while the Master Edition needs an AU $35.

The pledge tiers climb quickly, and it is possible to have your face as one of the avatars, get into the alpha or beta tests, buy licenses for your gaming group or even put your face on the game’s currency.

If you want all the things, then you’ll need to make a pledge of $1,000. I suspect that most GMs will be satisfied long before that.

RPG Cinematic has a Facebook page that’s been growing steadily as people watch this demo and, understandably, want to know more about the project.

A challenge Luke faces is the magnitude of the task. The estimated delivery date is April 2022. That’s 2022. However, as someone’s who has backed no shortage of RPG software projects, I’m reassured by evidence of realistic project planning. That said, RPG Cinematic isn’t going to be the immediate escape you need from the travel restrictions of the pandemic.

RPG Cinematic: Animate your D&D character, even your whole world, in Unreal Engine 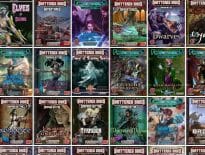 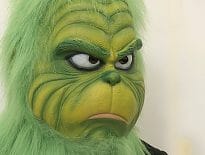