Jeff Steven’s book of short adventures for D&D’s 5th setting is compatible with the basic rules and creatures but also Kobold Press’ Tome of Beasts and Creature Codex.

The game designer has been contributing to the DM’s Guild since 2016, and active on Kickstarter as a backer, but Adventures from the Potbellied Kobold is Steven’s first campaign. The target is $10,000 to fund, and the project is going well. At the time of writing, there are 23 days left on the clock and over $7,000 in pledges. You can follow the progress on the campaign page.

There’s a team of writers on the project including, but not limited to, MT Black, James Introcaso, JVC Parry, Cat Evans and Oliver Clegg.

Introcaso’s Slime Cave of Norwal is part of the project and available as a free download. Why? To give you a good idea of the sort of punchy adventures found in this anthology.

A backing pledge of $20 will get you the full Adventures from the Potbellied Kobold in PDF and all digital stretch goals. Add $5, and the campaign will give you the at-cost print-on-demand coupon so you can have DriveThruRPG make you a physical copy.

Stretch goals include a digital map back, a background appendix, further adventures with at least one by Victoria Rogers, new backgrounds such as The Barber, The Bodyguard, The Butcher, and The Vagabond, NPCs and magic items. 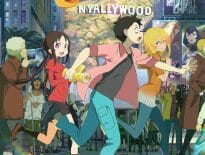 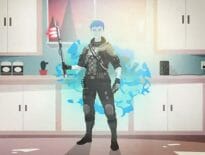 Games Nathan Fillion and Laura Bailey return to Starfind…
wpDiscuzComment Author Info
Manage Cookie Consent
This site uses cookies 🍪, and links are ads that may earn bloggers some money 💰, and with this alert, I very much hope that these dark truths 🧌 are acknowledged.
Manage options Manage services Manage vendors Read more about these purposes
Preferences
{title} {title} {title}
Loading Comments...