Inspired by political settings like The Expanse and the demonic horrors of Doom and Event Horizon, Death Divers is a new RPG from Will Power Games that merge both together. It’s a Heroic Dark setting game.

If you’re already curious and want to know more, then here’s some good news. The early edition of Heroic Dark is free to download via DriveThruRPG. I don’t know how long the early edition will be available for, but one of the goals of this Kickstarter is to fund a deluxe edition of it.

Death Divers are private military sent in to deal with the demon threat after the failure of Earth and Mars governments to do so. Character backgrounds, however, include the likes of;

A pledge of $20 will get you the PDF of Death Divers and the Heroic Dark Deluxe PDF. That’s superb value.

Step up to $30, and you’ll get coupons for print-on-demand at-cost for Death Divers in softcover, Heroic Dark Deluxe in hardcover and both PDFs.

At $80, you get signed copies of both physical books and the PDFs, but this tier is limited and selling out.

Geek Native has permission to quote some of the lore text from the game.

The Life of Death Divers

A Death Diver is never guaranteed to come home from a mission. The odds of surviving the first mission is 60%, and even the most seasoned divers never have a survival rate of above 90%. And while the pay might be something out of your wildest dreams, running missions for Relentless Co. is a game of chance, and you’re betting with your life. Death will catch you, and when it does, it’ll sink its dagger teeth into your bowels. It’s no surprise, then, that when a Death Diver earns enough to retire, they quit immediately.

But what is it that a Death Diver does that makes them so valuable? Well, they protect important people – the really important people, namely the Relentless Co. mining corps. Made up of engineers, geologists, and laborers, the mining corps journey into the most dangerous place known to man in order to locate and extract interdimensionally-charged matter. ICM, as it is commonly referred, is the foundation of all modern technology. Without it, settling the solar system would never have been possible.

Unfortunately, ICM can only be found in Universe Beta, otherwise known as the Pit. Discovered completely by accident, this alternate universe is straight out of myth and legend. A blackened, horrible place, even the stars refuse to shine in the Pit. The only light comes from the eternal fires burning miles below the stark onyx spires on which native life clings. The fact that there even is native life is what makes the job of the Death Divers so incredibly dangerous. Many of the denizens are humanoid, but have armor-like skin, razor claws, toothy maws, and enlarged cat eyes perfectly adept at navigating the darkness. They come in all shapes and sizes, but are all known for one thing: their penchant for killing humans on sight. Though officially labeled as “betoid hominids”, all of the Death Divers simply call them “demons”.

With top-notch training, advanced weaponry, and genius officers, it would seem that a Death Diver’s survival odds should be good against primal, savage opponents. But demons are not without tricks. Many of them can fade from sight, becoming almost invisible in the shadows. These demons know what humans seek, and lay savage ambushes at ICM deposits. Worse yet, these demons can learn. With each Death Diver incursion, the demons evolve their tactics and formations, employing their own scavenged tech. That was the real shocker to Relentless Co.: demons, who at first had just claws, teeth, and maybe clubs, could reverse-engineer Death Diver vehicles and weapons.

Because of this, the Death Diver’s job gets more dangerous every day. The reality is, though, that humanity depends on ICM. Missions in the pit have only increased in number, even with the growing danger. But things could be worse, right? These horrible creatures are only found in the Pit, so they really only pose a threat to the Death Divers and mining corps.
At least, that was true for the first 80 years of Relentless Co.’s operations.
Since then, the demons have somehow found their way from the Pit to Universe Alpha, desperate to satiate an unquenchable genocidal lust for human blood. Humanity’s colonies among the moons and minor planets are now within reach of the demons, and more of them arrive each day. While Earth and Relentless Co. still have not officially recognized the threat, word is spreading fast. All of human life is in danger, and there’s no time to wait for the complacent authorities to take action.

Across the solar system, retired Death Divers have formed commando squads to protect the colonies. Subsisting on donations and retirement savings, these heroes are all that stands between humanity and extinction. 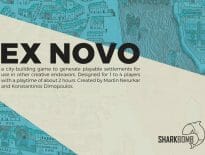 Tabletop & RPGs Ex Novo: A way for DMs and groups to gamify worldb… 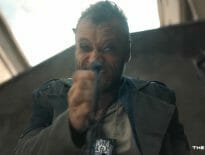