I imagine if you merged LEGO, magnets and gaming accessories together, you’d end up with a system that was a joy to play with. That probably explains why Babble Tree Production’s Terragon Terrain is doing so well on Kickstarter.

The new company, with its first Kickstarter project, asked for $10,000 to turn their rare earth magnetic hexagons into a commercial product and with weeks still on the clock they have nearly $50,000 in the bank. You can check out progress on the campaign page.

Terragon’s let you build up a three-dimensional battle map for war games or tabletop RPG skirmishes. It’s also possible to get little magnetic terrain pieces to add even more detail to the builds.

There’s a scene in that Kickstarter in which a whole landscape of Terragons is swept off the table. I was able to ask Corey Newton about that; just how long did it take to build?

The terragons also seem pretty robust as Battle Tree is providing a one million game magnetism warranty in which they’ll replace any tiles that lose their magnetism. Is that even possible?

A single pack contains 25 titles in one colour and to get that via Kickstarter you’ll need to pledge $20. Shipping is limited to certain countries though, given the bulky nation of the order.

If you’re quick, you can grab one of the few remaining slots in the limited edition M.E.S.S. Starter pack. That’s also $550 but won’t be made again and includes the one-off “humungous magnetic ‘tree of life’ sized piece of scatter terrain. 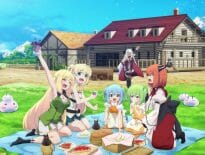 Anime I’ve Been Killing Slimes for 300 Years and M… 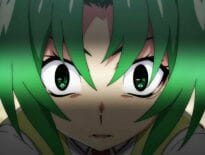