You are here: Home / Games / Tabletop & RPGs / Dead, not Dread: Rest in Pieces is a ridiculous deadbeat RPG on Kickstarter

The original roleplaying game that used Jenga blocks as a mechanic is the infamous 2006 Dread. Your character dies if you knock the tower over and to take action; you must take a brick.

Rest in Pieces, now on Kickstarter, has an altogether different vibe more like The Grim Adventures of Billy & Mandy, The Regular Show and It’s Always Sunny in Philadelphia.

Geek Native can exclusively reveal that the first “hidden” Stretch Goal Fiend Friend to unlock is a twist on Rick Sanchez of Rick and Morty. It is Rick Fury (Samuel L Jackson meets Rick Sanchez), the sociopathic mad scientist and smartest human alive. Rick will come with an Extra-Dimensional Laboratory Pad stashed away inside a suburban home (Rick and his Pad replace Death and his Basement Studio Apartment for a new setting and fiend to play with). You can see how far we are away from that goal at the campaign page.

Rest in Pieces is a comedy, albeit a dark comedy, in which Death is always annoying his roommates.

Is there a PDF version of this Jenga game? Well, kinda. There’s a print and play digital PDF of the core deck used in the game. That’s yours for $13, and you’ll have to dig out your old Jenga tower from the cupboard.

The Deadbeat Roommate tier at $39 gets you the box set which means the core deck and the “Death Spiral” which is the two-colour block tower. You also get 5 jumbo dry erase character characters and a marker pen appropriate for them.

You can go higher, but spaces are limited. The Past Due tier at $129 can only take 15 more backers before selling out, brings all expansion decks and 4 exclusive cards and other perks.

Imaging Games and Pete Petrusha are asking for $9,999 to bring the campaign to life, and this is less than some RPGs that don’t have multicoloured blocks of wood in the core rules ask for. The campaign launched this week and already has nearly $5,000 pledged.

Tempted? You can check out more details on the Kickstarter page.

Dead, not Dread: Rest in Pieces is a ridiculous deadbeat RPG on Kickstarter 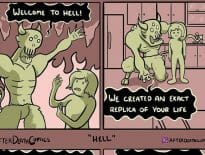 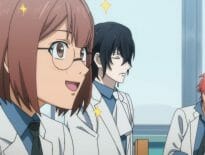