It’s time for another issue of Irregular Reconnaissance: Anime.

The clue, I guess, is in the name. In this article, we’re taking a look at some anime with the goal of spoiler-free mini-reviews. There’s no schedule, the column publishes with an irregular tempo. In recent weeks there have been plenty of new show announcements, so these reviews have been waiting for their opportunity to shine.

There some things regular about Irregular Reconnaissance: Anime beyond the attempt to avoid spoilers. These articles generally look at 5 or 6 anime titles, this article is 5, and wrap up with a few final words of recommendation (is the anime a hit or a miss) and a link to where you can find it.

Once again, there’s the traditional invitation to hear from readers. Get in touch or use the comments below if you’ve a similar spoiler-free and mini-review to share.

Aggretsuko is about death metal, cute red pandas and Japanese work culture. Don’t start at season 3, give season 1 a chance and I think there’s a high chance you’ll fall in love.

The question is; can season three keep up the quality? Can there be more slice-of-life drama that feels natural and paced without actually resolving the story in entirely uneventful ways?

The answer? A big yes.

Season three quickly gets Retsuko into money trouble, and events spiral from there. There’s even the occasional moment of darkness. Bring on season 4!

Even before season 3/Imperial Wrath of the Gods launched fans were moaning. As it happens, I think the new studio and the new story arc both do a solid job.

This season gets better with each episode, building up in tempo and increasing the stakes at a steady pace. This ramp-up is never at the cost of characters or personalities. The whole crew of Sins feels as perfect as ever, and the number of characters we get emotionally attached to increases.

My quibbles? We don’t really get to anything like an ending point despite a 24 show season.

As I had hoped, The Misfit of Demon King Academy is showing signs of being more than a typical example of its trope.

What is that trope? A bad-ass cool dude with formidable power just trying to act at school the same as some young viewers would want to behave.

What’s different about Misfit is that it hints at darkness. Are the human heroes even really heroes? Are friends really friends? Is the Misfit really above acts of petty cruelty?

My concern? It feels like it’s going to be hard to tie this story off in just a few more episodes.

I’m sticking with Gibiate because I like post-apocalyptic shows and one centred around a virus outbreak is timely.

I’m also sticking with Gibiate because I’m interested in the entirely unaddressed time-travelling aspect. Just why are random warriors from Japan’s past appearing in the monster-infested future?

Previously, I admitted to not liking the monster designs or treatment. The clash of styles and cheaply repeated animations are so jarring that they wreck suspension. That dislike has escalated as the series continues. There’s no particular reason why these gibiates need to swarm, either.

Another frustration with the show is that its showing signs of cycling through characters quickly. I don’t mind character death, but I don’t like it when characters turn out to be pointless.

Status: Below Average.
Where: Crunchyroll

Rent-a-Girlfriend is the most popular anime in Japan right now.

The premise is so simple; boy rents platonic girlfriend because he’s lonely and then struggles to admit the sham to his friends and family.

The challenge to the writers is just as simple; how long can you convincingly and interestingly string this concept along. We’re 10 episodes in, and the writers have risen to this challenge amazingly well.

We head into episode 11 with a new complication on the horizon.

That’s it for this Irregular Reconnaissance shipment of mini-reviews. Hopefully, there’s a show that might entertain you in here but, if not, let us know why in the comments underneath and suggest one of your own. 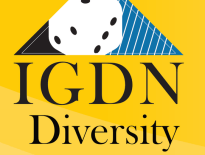