The original Blue Rose was published by Green Ronin in 2005, used a modified version of the D&D system at the time and won a Silver ENnie for Best Rules.

The setting, a world called Aldea, is a romantic fantasy. The emphasis is on relationships, social, political and romance, but that does not mean there’s neither danger nor fighting. Authors like Catherine Asaro (Lost Continent), Mercedes Lackey (Tales of the Five Hundred Kingdoms), Tamora Pierce (The Immortals) and Wen Spencer (Elfhome) visit the genre.

This week, Steve Kenson announced the third version of the series.

Blue Rose Adventurer’s Guide is a D&D 5e sourcebook for Aldea and the romantic fantasy world of Blue Rose.

The sourcebook has Aldea’s history and cosmology. The setting has awakened animals, and the RPG contains rules for them, new backgrounds, character subclasses (such as the Peacekeeper and Way of the Spirit Dance monastic path or Oath of the ROse paladins).

Previously, Queen Jaelin sits on the throne after “the Golden Hart” selected her as the rightful ruler. However, there are tensions with the neighbouring realm of religious zealots in Jarzon. Only the mutual threat of the realm of Kern, a kingdom of evil necromancers, forces the two people to unite against a common enemy.

You can pre-order the PDF already from the Green Ronin store. 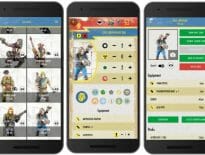 Mobile Fan-built Fallout: Wasteland Warfare app off to a … 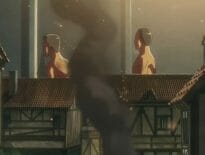