It’s a little strange to think that Green Ronin’s Blue Rose is 10 years old – but it is. The game dates back to the days where publishers wanted to do something different with the Open Game License after a slew of d20 products and Green Ronin had found success with Mutants & Masterminds. Now the publisher has turned to Kickstarter to look for backers and make a colourful return. You can check out the campaign details here.

I’m not sure if I’d call Blue Rose a cult classic but it has some dedicated fans. The Kickstarter is just a few hours old as I write this and already has nearly 50 backers and well over $2,000 in the pot. At this pace it’ll fund in a week even though there’s still 28 days to run.

Blue Rose says it is “romantic fantasy”. The idea is that whereas “traditional” fantasy might lean more towards Tolkien and Moorcock, “romantic” fantasy is perhaps more inspired by Tamora Pierce and Jacqueline Carey. The first edition made sure to include gay, bi and polyamorous characters as well as gender equality and adventures beyond orc slaying. I don’t see the problem there, but I’m a liberal European and the first edition of the game drew some negative attention. If that happens again during the Kickstarter I doubt Green Ronin will mind the publicity at all. They’re not shying away from addressing these issues, in fact, my sense is that Nicole Lindroos would be very happy to deal with a project that becomes a cause celebre. 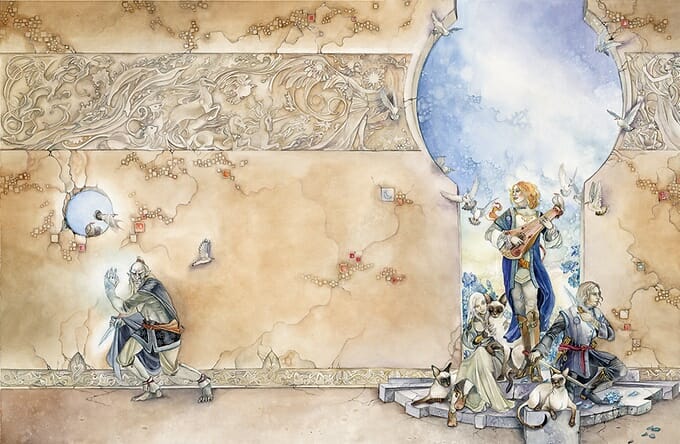 Blue Rose does have a celebrity connection, of sorts, in place already. The game will use the new Fantasy AGE system – modified from Dragon Age. Gamers are already able to get a peak at that through Wil Wheaton’s Titansgrave: Ashes of Valkana on the TableTop Channel. The system seems fast.

Given the loyality around the game and the potential for extra interest I think Green Ronin are right and wise to be lining up two versions of the game. There’s the Standard Edition that’ll come out in softback and black and white (although stretch goals may add colour). There’s also a Special Edition that’ll have a leatherette hardcover, a ribbon bookmark and full colour interior. The only way to get the Special Edition is to take part in the Kickstarter.

The catch to watch for is shipping. This will be charged next year as an additional cost. This is different from previous Green Ronin Kickstarters but, like so many, they found international shipping to be too much to cope with. 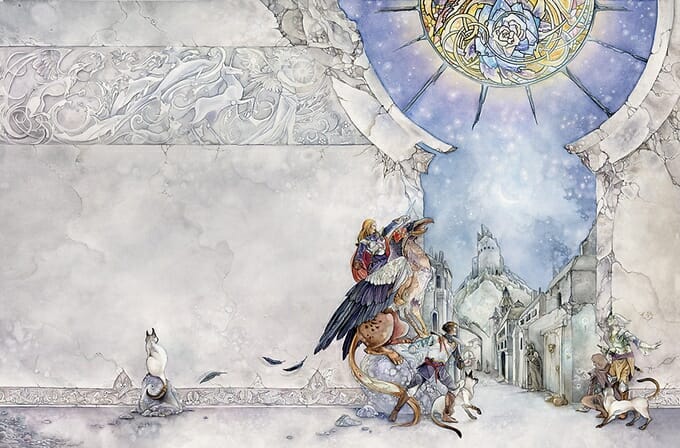 Geek Stuff Star Wars: The evolution of the stormtroopers [inf… 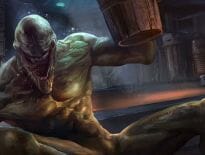