You are here: Home / TV / Anime / Dr.Stone Stone Wars is coming to Crunchyroll

Action thriller and sneaky science teacher, Dr. Stone is an anime that gets the Geek Native thumbs up.

Everyone in the world is mysteriously turned to stone and then, thousands of years later, some people wake up. What next? Can they survive? Two factions emerge; one that puts its faith in science and the other wants pure physical strength only, no weakness, and is prepared to kill to achieve it. It’s a geeks versus jocks story.

Season two is called “Stone Wars” and as the name implies picks up just as two factions are about to go head to head.

Stone Wars will air in Japan this January, which is surprisingly close, and then Crunchyroll will air it shortly afterwards outside of Asia. Funimation will get the English dub.

The news comes out of V-CRX, the first purely digital expo held by Crunchyroll, along with news of a Crunchyroll Loot Crate deal.

Did you enjoy Dr. Stone season one? 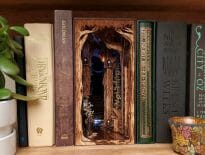 Art Hide a fairy’s forest home in your bookshelf… 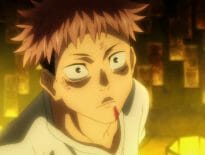