Werewolf: The Apocalypse v5 is underway at Hunters Entertainment, and there is more than one computer game in progress.

French companies NACON and Cyanide are working on Earthblood which promises to be mature, brutal and complex.

In the 18-rated game, you’ll play Cahal on his quest against Endron.

Cahal is a Fianna, a husband and a father, but he is forced into exile. He flees to protect those he cares about and Endron, the Pentex petroleum subsidiary is to blame. Endron is the focus of Cahal’s rage.

The game is expected out for the PS4, Xbox One and via the Epic Games Launcher.

You can sign up for more details at the official site. 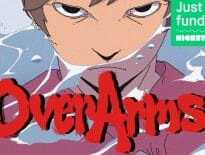 Tabletop & RPGs Over Arms: An RPG inspired by JoJo’s Bizarre… 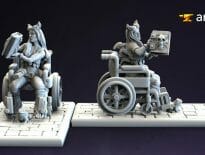 Tabletop & RPGs The combat wheelchair is coming to an RPG near you…
wpDiscuzComment Author Info
Manage Cookie Consent
This site uses cookies 🍪, and links are ads that may earn bloggers some money 💰, and with this alert, I very much hope that these dark truths 🧌 are acknowledged.
Manage options Manage services Manage vendors Read more about these purposes
Preferences
{title} {title} {title}