You are here: Home / Games / Mercenaries that eat your own troops: Jermey Vetock previews Warhammer Battles

Games Workshop are on a YouTube roll. We’ve another sneak peak at the new Warhammer book from them today.

The video is preview/interview of games developer Jeremy Vetock. You can see he’s really pleased with the new rule book.

I’m also a little more clear as to what the book is about. I always assumed it was a re-take of “Warhammer Fantasy Battles” but did wonder why “Fantasy Battles” was dropped.

It seems pretty clear from this video that it’ll include Battles – “Battles” is a section in the book – but Vetock also talks about the role of the GM. In this case the GM is running a series of battles to form a campaign. 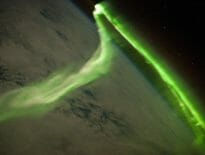