You are here: Home / Games / Tabletop & RPGs / The Cursed King for the Dragon Warriors RPG gets a writer

Serpent King Games has announced than Jonathan Hicks will write the next release for the Dragon Warriors RPG.

The Cursed King is expected out in February 2021 as a 64-page print and PDF. The adventure will be suitable for characters at level 5 or 6.

Thuland welcomes you! The town of Oskild is celebrating a prosperous year and the Master of Rings Festival has something for everyone: games, hunts, song and plenty of food and mead. There is much to do here and the rewards are rich for those who are worthy. Oskild also has a myth, that of a cursed king who suffered for his people, a magical artefact used in revenge, and dwarves who retreated deep into the earth in shame…”

Jonathan Hicks is currently working on the gritty and story-focused sci-fi Those Dark Places for Osprey Publishing.

Dragon Warriors, a remake of the classic, is available via DriveThruRPG.

The Cursed King for the Dragon Warriors RPG gets a writer 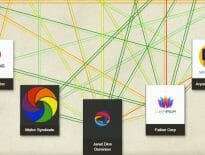 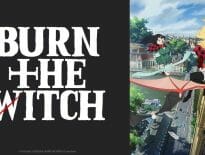 Anime Crunchyroll wants us to Burn the Witch
wpDiscuzComment Author Info
Manage Cookie Consent
This site uses cookies 🍪, and links are ads that may earn bloggers some money 💰, and with this alert, I very much hope that these dark truths 🧌 are acknowledged.
Manage options Manage services Manage vendors Read more about these purposes
Preferences
{title} {title} {title}
Loading Comments...