Will Munn of Adept Icarus is expected to launch Arium RPG on Kickstarter soon.

Except, Arium is more than just an RPG. The two-book project is also a tabletop RPG setting creator. The first of the two books is Arium: Create, and it exists solely to bring the entire group on a worldbuilding journey. With Create prospective gamers decide together the details of the universe they are about to adventure in.

I had a quick catch up with Munn, who has been working on Gallant Knight Games’ Zorro: The Roleplaying Game and put the question to him. What is Arium?

Is Arium an RPG or an RPG tool?

My mind immediately went to the maturing D&D audience.

Is Arium suited for groups who started with D&D 5e and are now interested in homebrewing their own setting?

100% yes. D&D 5e and Pathfinder players looking to expand their horizons with homebrew are part of our target audience. We’ve playtested extensively with groups and individuals who mainly play only those games. We think we’ll find some love among indie gamers a well, but our roleplay rules are meant to be enjoyable/accessible to folks who play D&D.

We know a little about Arium’s system. Munn’s described the engine as D6-based and skill-less with a system of customizable boons and banes that allow it to work well with anything the group creates.

That’s all well and good, but online compatibility is essential into today’s life of rolling local lockdowns.

How compatible is Arium with online play?

Very. We’ve streamed multiple games online. Some are available on YouTube on both the OfDiceNDames and AdeptIcarus channels. I just finished the last in a 4-part mini-campaign on WholesomeDadGamer’s Facebook Live channel tonight (that’s why it’s taken so long to reply). The books have some thoughts about online play as well.

There are some early reviews out from playtesters, and they speak about how Groups who get into Arium really get into it. Why? These are worlds that they’ve helped to create.

Can you give me some examples of the settings people have created with Arium?

You’ve probably seen the ones on the Adept Icarus website, I’m assuming. I can provide a ton of them if you’d like. Here’s a sample of a few more recent Ariums:

At the time of writing, the Arium Kickstarter isn’t live, but you can sign up for an alert for when it does. It’s a novel enough approach that Geek Native plans to keep an eye on the project. 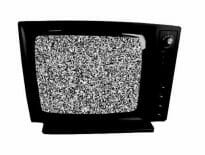 Tabletop & RPGs Jump the Shark: A RPG where you play characters in… 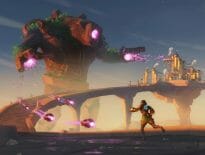