You are here: Home / Games / Tabletop & RPGs / Jump the Shark: A RPG where you play characters in a TV show where the writers are out of ideas

You can download Jump the Shark from Matt Jones as a Pay What You Want on DriveThruRPG.

The mini RPG only has two pages, but it has an interesting setup. In the game, your characters are characters, writers and directors of a TV show that’s going downhill.

The Writers began The Show full of hope. They had joy in their hearts and a story to tell.

3 years later, their eyes are bloodshot and their hastily scribbled script pages are covered in coffee stains and tears.

What was going to be their crowning joy, their magnum opus, their labour of love… has become their worst nightmare.

You can get a good idea of what’s in the game as Matt (aka @Ursidice) tweeted out the rules. As you would expect, the game uses its own rule system and story engine.

d10s are used to guide players through the first two seasons (the good ones) and then beyond. Does someone turn out to be an alien? Another musical episode? 4d10 are used at the start of the season as drama dice for main characters.

If you’re a fan of mini RPGs like Jump the Shark then the Ursidice Patreon is worth knowing about.

Via the Patreon starts at $1+VAT and for $5 you’ll get a mini RPG each month and before DriveThruRPG does.

Previous games include “Wake up the Pope! Corey Taylor Has Come to Visit” and “It Takes A Child to Raze a Village“.

Jump the Shark: A RPG where you play characters in a TV show where the writers are out of ideas 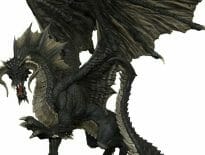 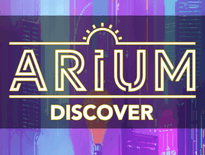