You are here: Home / TV / Anime / Suppose a Kid From the Last Dungeon Boonies Moved to a Starter Town trailer

Gee, anime shows are getting titles so long that I begin to fear they won’t fit the headline space.

“Suppose a Kid From the Last Dungeon Boonies Moved to a Starter Town” is a forthcoming anime based off a light novel with a similar name. The latest trailer is the first to feature some of the cast voices and the new, post-COVID, launch date of January 2021.

Starter towns are areas in computer roleplaying games where you begin to play. Most games associate geographical areas with the expected level of the players in them, and so starter towns are full of weak NPCs and side quests in which you slay rats and other tiny monsters to earn those first few experience points.

In this show, Lloyd leaves his town and goes to the big city. He’s worried because he’s a weakling.

The catch? Lloyd may be from a small town, but it’s the town just next to one of the most dangerous dungeons in the world. He’s only weak by his standards and compared to those city-dwellers, he’s mighty.

The auto-translation via YouTube is as bad as every, but this 2:30 Japanese language trailer is certainly enough to give you a feel for flavour and art style.

The director is migmi, Makoto Lino is putting the character designs together with Masakazu Miyake directing art.

The novel was first published in February 2017 and is still going, with the ninth out as recently as April. There’s already been a spin-off book called “Suppose a Kid From the Last Dungeon Boonies Worked at a Restaurant in a Starter Town”. 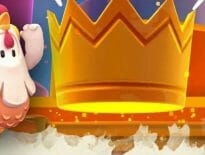 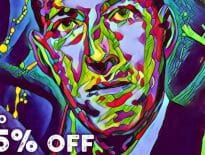