Mantic Games have a success on their hands with a solid launch day for their Dungeons & Dragons 5e powered Hellboy RPG.

Working with Red Scar, the British publisher was asking for £30,000 to fund the game, and they’re already at £106,000. At the current run rate, they’ll hit 2,000 backers within the first 24 hours. You can monitor the progress on the campaign page.

The tabletop roleplaying game will let groups play as junior B.P.R.D on the bottom rungs of the ladder in the fight against the supernatural menaces in the darkness or as agency’s epic heroes.

Mantic are known for war games like Kings of War and so it is no surprise to see a line of miniatures for the Hellboy RPG bundled into the Kickstarter.

A pledge of £10 will get you the digital edition and stretch goals whereas stepping up to £30 will get you a physical copy of the Collector’s Edition book.

Pledges go much higher, though. £75 gets you the digital and physical copies but also GM’s screen, dice yet and even a Hellboy RPG bag!

Those miniatures start at £95 when you get 25 plastic pre-assembled minis along with everything in £75 tier.

The pledge manager will allow you to pick and choose what you want if the campaign is successful and you’re a backer. It’s £12.50 for the dice, for example.

The editor and line manager is Kimberly with Marc Langworthy from Red Scar as creative directory and Alex Delaney as the quickstart lead. Benn Greybeaton, Richard August and T.R. Knight are on board for writing and editing.

The publisher is also employing Paco Jean for both cartography and sensitivity reader while Sara Thompson of Combat Wheelchair fame is both a writer on the project and accessibility advocate. 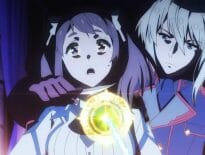 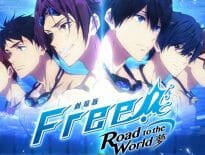