You can now buy Sword Chronicle from DriveThruRPG as a digital download.

Due to the pandemic, Sword Chronicle is a PDF first release with print on demand coming shortly after. Also due to the epidemic, the RPG has the retro-feel of a two-colour interior which will reduce printing costs and allowed for much faster production time.

Sword Chronicle uses the Chronicle RPG system which was the basis for the official Game of Thrones roleplaying game A Song of Ice & Fire RPG. There have been changes, though.

Firstly, this is not a Game of Thrones RPG. That’s now out of license. The rules of Sword Chronicle are largely setting-neutral, you can use it for a wide range of fantasy games, but the world talked about in the book is that of the Shattered Era. Feudal fantasy, lords and ladies with vassal states is Sword Chronicle’s starting place.

If you already have A Song of Ice & Fire RPG, then Sword Chronicle will be very similar. You don’t need both books to use the Chronicle System.

However, in response to feedback from players, this iteration of the Chronicle System changes the rules on armour. Armour no longer penalizes Combat Defense and, as a result, some associated rules have been changed too.

Sword Chronicle has rules for fantasy ancestries such as dwarf, elf and ogre.

Wears its heritage on its sleeve

Sword Chronicle isn’t A Song of Ice & Fire, publishers Green Ronin are out of license. It just so happens you can use future Sword Chronicle books, if you want, in your Game of Thrones games.

That said, Sword Chronicle wears its heritage on its sleeve. Here’s the DTRPG blub for the game;

A Game of War and Intrigue

You’re no adventurer. You may have shaken blood off your sword after plunging it into an unholy beast, but the real monsters stalk the world’s thrones. You may have studied the unspeakable secrets of magic, but affairs of state have secrets that are no less horrifying, for they can turn a nation into a million-limbed juggernaut of war.

You belong to a noble house, and its fortunes rise and fall with your actions. You’re a lord, a knight, a servant in the shadows, or perhaps a sorcerer-sage, bound to a dynasty of rulers. A vassal’s honor binds you to obey those above your station, and the responsibilities of privilege make you well aware that your lessers prosper or suffer according to your will—or if you fail, in spite of it. Your people are yours to protect, but the world is yours to conquer. You’ve committed your house to the Sword Chronicle.

For now, Sword Chronicle is available as a digital download at DriveThruRPG and Green Ronin store.

Do you plan on picking up Sword Chronicle? Let us know why in the comments. 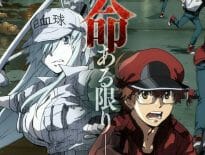 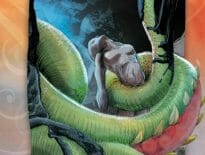