Usually, I’ll try hard to line up a Q&A with someone at the company, nagging over social media, chasing over email and otherwise making a pest of myself in the name of trying to write a more helpful article. After all, the point of the RPG Publisher Spotlight is to help the publisher out by getting readers interested in them.

I do have founder Ken St Andre’s email address, and I’ve emailed, but I’m not going to nag. St Andre gets a pass.

Why? Ken invented the second traditional tabletop RPG that the world ever saw, Tunnels & Trolls, and Wikipedia (and other sites) remind us Ken was born 28th April 1947.

You do not nag a 73-year-old gaming icon. You email once, wait a respectful amount of time and then get on with it. At least, that’s what I’m doing here. I probably went straight to the spam folder, anyway.

Ashley Park of IdeateTV has a lovely interview with St. Andre, it’s not even 8 minutes long and yet you’ll get both personality and a history of Tunnels & Trolls.

In this video, Ken mentions Flying Buffalo. After writing Tunnels & Trolls in 1975, Ken St Andre asked Rick Loomis to take some copies to Origins and try and sell them. Loomis did precisely that and sold every one. A year later he entered into a handshake partnership, securing permission to publish T&T material, sell it and pay royalties back to St Andre.

Rick Loomis is no longer with us, but Flying Buffalo is, and they continue to publish Tunnels & Trolls material.

Ken St Andre uses Trollhalla Press to publish his own content for Tunnels & Trolls, but also the 2nd edition of Monsters! Monsters! which came out in May 2020.

Trollhalla Press has 35 products listed at DriveThruRPG, and Ken St Andre is on most of them, but I thought it would be nice to look at who else has helped out.

Trollhalla doesn’t have a vast social media footprint. In our one exchange, Ken encouraged me to use the DriveThruRPG Trollhalla Press page as the closest thing to a website.

Trollhalla is actually a place for all lovers of high, low, and heroic fantasy. If you also play Tunnels and Trolls, it’s even better.

There are various Tunnels & Trolls pages on Facebook well.

In addition, Ken is active on Twitter as @Trollgodfather.

You can also find the Tunnels & Trolls Adventures app on iOS and Google Play.

I”d just like to mention that any T & T or heroic fantasy enthusiast is welcome to contact me on Facebook. T&T is our game–you the player, and me the player/designer, not my game. Come join the Trollhallans and be at the true center of the Rebellion against That Other Game. lol.

I always enjoyed the sense of humor in Tunnels & Trolls products, but it can also be as gritty and real as you want it to be.

Great article, thanks for posting!

I started playing Tunnels and Trolls sometime in the mid-1980s. I loved all of the solo adventures, which made it easy to play whether friends were available or no. I picked it up again in about 2015 and was delighted to see a new ruleset published that year (deluxe T&T). I’ve been rediscovering it since and loving it as much as all those decades ago as a kid. 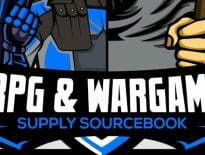 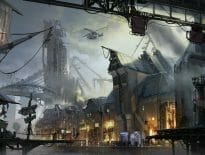