Firefly: Still Flying is a shiny reminder of why Firefly was such a good show. The book itself is a collection of new fiction, art and photos.

The collection of authors behind the new fiction is impressive; there’s Ben Edlund (who wrote Fun with Dick and Jane), Janes Espenson (What Holds us Down), Brett Matthews (Crystal) and Jose Molina (Take the Sky). The short stories work well to re-create the famous Serenity atmosphere – I will admit that I didn’t read them at first. On my first few tours through the book all I wanted to do was soak up the photographs.

The visual elements in Firefly: Still Flying are more than just the previously unpublished photos. There’s artwork too. I can show you a sample as Geek Native has kindly been given permission to share. This illustration comes from p116 and shows the Serenity Design by Carey Meyer (courtesy of Rocco Passionino). 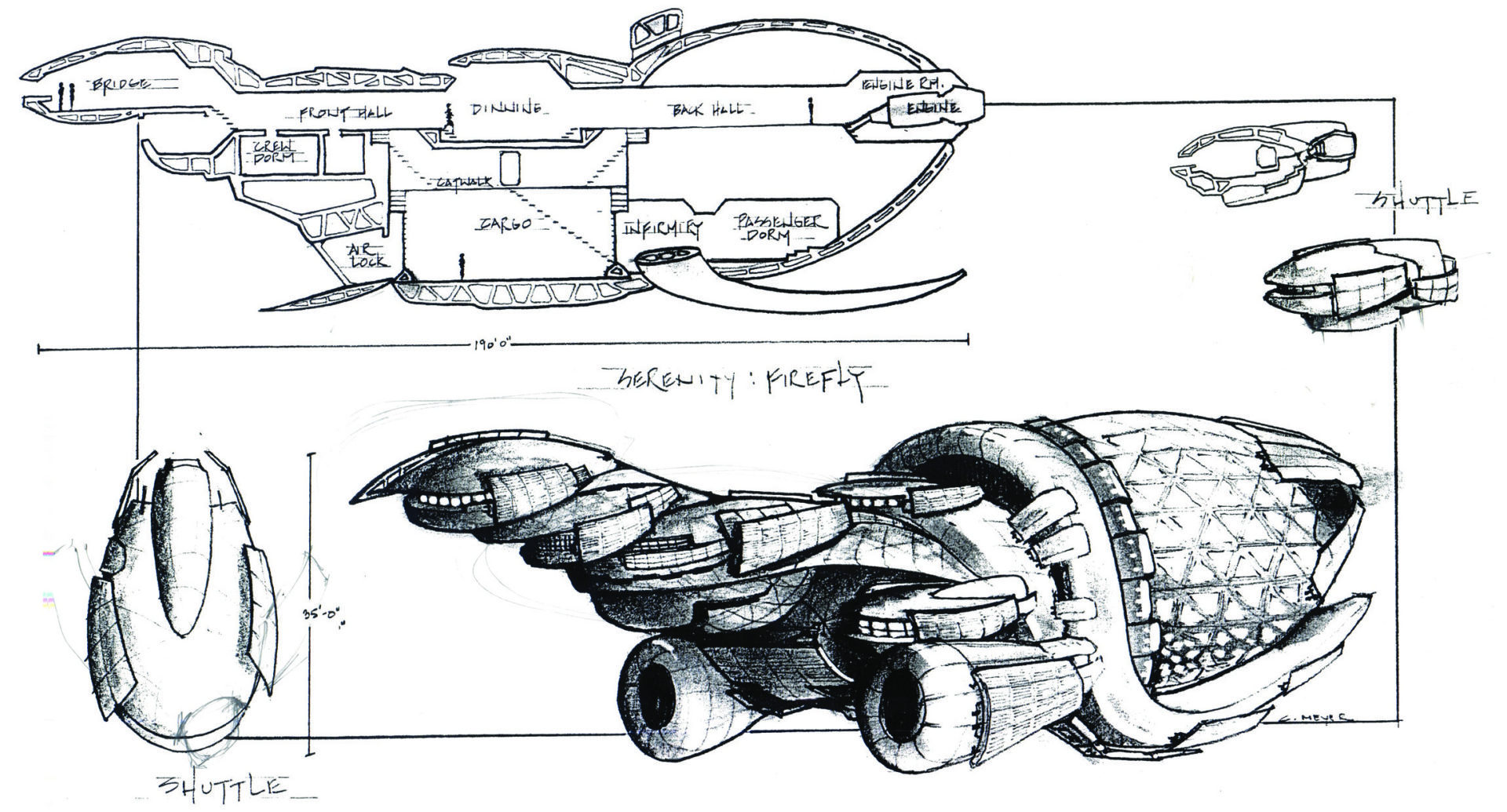 The structure of the book works well; there’s one for every character – and that includes Firefly as well as the Browncoats.

If there is no short story to mark the start of the chapter then we begin with a collection of quotes and comments from the actor. It reminds me of a news aggregator, but on paper, a sort of Google News or Techmeme just for Firefly. It’s in this sort of section that we discover why Gina Torres says it was a relief when Wash died.

There’s also a great quote from Adam Baldwin when he was asked what Jayne Cobb and John Casey (his character in Chuck) would talk about if they met;

Firefly: Still Flying also tends to look at the props associated with each character. Yup! That means we cover everything from guns to fashion. And monkeys.

I think it’s the ranging scope of the art that help the book maintain its appeal. In particular, I’m fond of the photographs from behind the scenes. This photo of Serenity’s exterior is courtesy of Danny Nero. 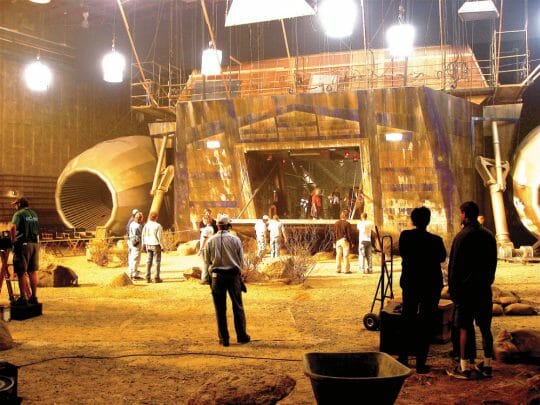 What completes the book is the time and attention it gives to the fans too. Glad we’re part of the series now. Do check the second last page for a list of useful web addresses.

Disclaimer: My copy of Firefly: Still Flying came my way via Titan Books, the publishers, and they were prepared for me to rubbish it if I thought it was nothing more than a poor attempt to milk the franchise. I don’t think it is. It’s also thanks to Titan that this post is able to use pictures from the book with permission. 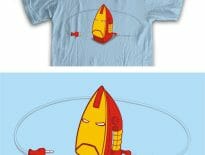