Scientists in China have managed to teleport informaton more than 16km. It’s not the first time entangled photons have bene teleported but the previous limits have been measured in hundreds of metres rather than thousands.

Success means we’re so much closer to being able to “beam” information without the need for a traditional signal.

In quantum teleportation two ions or photons (for example) are entangled so that when the quantum state of one changes so does the state of the other – it’s how the Normandy communicates with the Illusive Man in Mass Effect 2.

It was reachers from the University of Science and Technology of China and the Tsinghua University of Beijing that made the break through.

If you’re very smart you can read the full article in Nature. It’s beyond me.

Here’s a birds eye picture of the process for the rest of us! 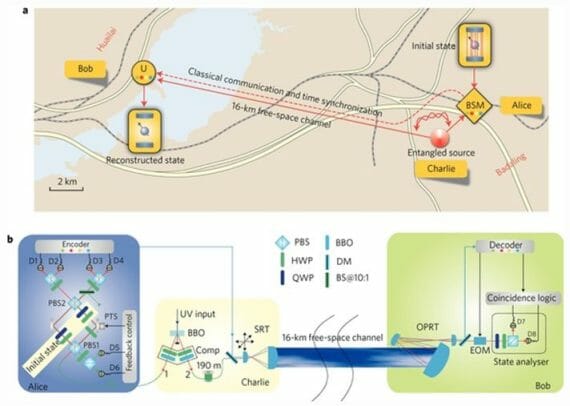 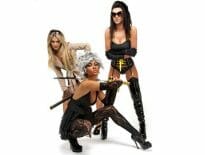 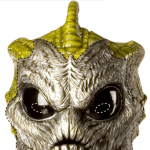