You are here: Home / Games / Tabletop & RPGs / Paizo offer 20% off for Gen Con as they wrap July with 15 new releases

It’s been a busy month for Paizo Publishing. They’ve announced a partnership with Beadle & Grimm, launched a playtest for Starfinder and put out 15 releases in July.

Visit Paizo.com/gencon to keep up with what the Pathfinder publisher is doing during Gen Con. Also, note that there’s a gencon2020 coupon that takes 20% off a single order from the Paizo store. It’s only good until August 2 (and not on preorders).

So, what did they publish this month?

[Show me the details]

The Advanced Player’s Guide beyond the basics 272-page rulebook that includes four new classes; the investigator, oracle, swashbuckler and witch.

Details on 42 of the Inner Sea’s most important NPCs; from kings, queens to the movers and shakers of the region.

Devil at the Dreaming Palace (Agents of Edgewatch 1 of 6)

The first part of Paizo’s latest Pathfinder Adventure Path in which characters report for duty in Absalom’s city watch.

The Slithering is a deluxe adventure for 5th-level characters set in the cosmopolitan trading city of Kibwe on the outskirts of the Mwangi Expanse.

[Get a bit closer]

A double-sided and full-colour flip-map of the key locations in The Slithering adventure.

A Pathfinder Society scenario written by Vanessa Hoskins and for characters level 5 to 8.

A Pathfinder Society scenario written by Eleanor Ferron and four characters level 5 to 8.

528-pages in a softcover rulebook as the centrepiece of the Starfinder RPG.

Puppets Without Strings (The Threefold Conspiracy 6 of 6)

Specially coated maps that can be annotated with marker pens.

A Pathfinder Society scenario for levels 1 though 4 designed by Samantha Phelan.

The Vast Experiment: Falling into Deliverance

A Pathfinder Society scenario designed for levels 5 to 8 and written by John Compton. 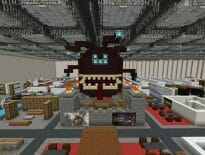 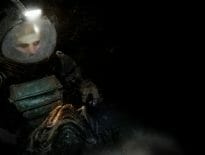