Wizards of the Coast have made clever use of a company called Beadle & Grimm to make and sell luxury versions of D&D supplements. For example, Beadle & Grimm’s Platinum Edition of Waterdeep: Dragon Heist, Icewind Fale: Rime of the Frostmaiden Platinum Edition or a Sinister Silver edition of Ghosts of Saltmarsh. Now Paizo Publisher is working with the company.

The partnership was announced during Gen Con Online’s mainstage presentation. Beadle & Grimm will be making Complete Character Chronicles for Pathfinder.

Character Chronicles are character sheet books, scrapbooks and journals in which to detail the successes, failures and adventures of your characters.

The name “Beadle & Grimm” come from PCs that appeared in the tabletop games of Bill, Charlie, Jon, Matt and Paul of Beadle & Grimm. It feels applicable. The idea of “character chronicles” comes from the disappointing fact that the legacy of the original Beadle & Grimm characters is beginning to fade.

Over the past year or so, people have become increasingly aware that Beadle and Grimm aren’t just random names we invented for marketing purposes – they were actual characters that we played and loved for many years.

With that awareness came a lot of questions – who were they? Where did they adventure? What heroic feats did they accomplish? And we found ourselves struggling to provide good answers. The passage of time made names and dates hard to remember, and we often found ourselves mixing up one adventuring party with another. What we were missing, we realized, was a book where all of our journeys and exploits were immortalized – a sort of scrapbook for those characters and the lives they lived. And that’s where the Complete Character Chronicle was born.

Judging from the books’ covers; there will be a Character Chronicle per character class. 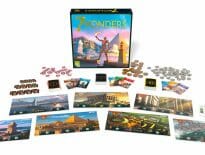 Tabletop & RPGs 7 Wonders: A fresh look for one of the world’… 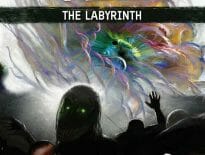