You are here: Home / Games / Tabletop & RPGs / 7 Wonders: A fresh look for one of the world’s most decorated board games

Repos Productions’ 7 Wonders has scooped 30 awards worldwide, and that might make it the world’s most awarded board game in the world.

It’s sold over a million copies, as 7 expansions, a 2-player version and a mobile app.

The new edition will have re-written rules to make the card game easier to understand. That’s not all, though, in addition to the new box there are several layout changes.

Wonder cards will be larger and have a day and night side.

There will be new icons for chaining to make it easier to read and understand the game. At the same time, the icon placement is more precise.

7 Wonders: A fresh look for one of the world’s most decorated board games

Tabletop & RPGs The 4th edition of Twilight: 2000 gets a Kickstart… 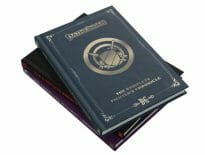