Held in central London on Saturday August the 28th the event will allow players to visit areas themed and dressed as places in RuneScape, play games, meet each other,  ask questions and meet co-founder Andrew Gower.

If you do meet Mr Gower then consider asking for a few bob. This week Andrew and Paul Gower ranked top in the Time’s rich list among UK game developers – earning an estimated £38m in the last 12 months.

The current line up includes:

(we’re expecting the line up to evolve in time)

You will need to register for the event and you can do so here. Rather nicely; Jagex plans on seving booze and the event – so it’s adults only. Bonus. I’d totally go if a) I wasn’t based in Scotland and b) I played RuneScape. Actually, if I was in London that weekend it would be tempted to sign up, go along and see whether RuneScape was an addiction worth risking!

“The team is absolutely electric with enthusiasm for this event, we’ve always wanted to do a fan celebration for our players but crucially not just any old player convention – we insisted that it would be something that was not only different from tired conventions, but an intimate, memorable and naturally incredibly fun, festive fan celebration.

“This is certainly going to be a landmark event and one of the best parties we’ve ever had. The team and I are really excited about meeting and celebrating our biggest fans namely our epic community, we have also got a few surprises up our sleeve that I’m certain our players will love.” 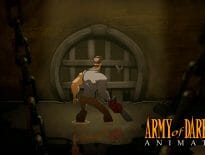