You are here: Home / Games / PC / Lord of the Rings and D&D Online owner bought by Warner Bros

Turbine Inc, the company responsible for Lord of the Rings Online, Dungeons & Dragons Online and Asheron’s Call has been bought.

Warner Bros. Interactive Entertainment Inc – part of the giant Time Warner Inc – is believed to be paying up to as much as $160 million for the Boston based company. The final figure will depend on Turbine’s financial success.

Turbine, which until today was privately-held and venture-backed, has a strong card with the prestigious Lord of the Rings franchise – keep in mind that Time Warner also own New Line Cinema who produced the Lord of the Rings movies.

D&D Online has also been something of a success for the company. The Wizards of the Coast license famously shot to strength after Turbine removed membership fees for the MMORG.

Warner has been on a bit of a computer game developer buying rush. Just a few months ago they bought UK based Rocksteady Studios; the heroes behind the fantastic Batman: Arkham Asylum game.

Industry analysts suggest that these aren’t just tactical buys for Warner. The company isn’t just looking to wrap up names like Lord of the Rings – it’s looking to bring on board programmers and game designers with the skills to make great games in today’s hugely competitive market.

Let there be no doubt; games are as big as movies.

Bigger than movies by audience and profitability in fact. Plus Warner comics (what was once DC) are total shite as periodicals (the new rebadging for monthly comics) and not much better except by dismal comparison as graphic novels… So porting their products ie comicbook characters over to games would seem to be common sense. Long delayed, but common sense. :) 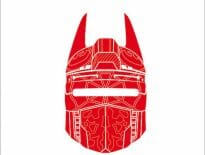