The official ENnies award nominees for 2020 were announced yesterday, along with the Judge’s Spotlight winners.

The Lancer core rules are nominated for Best Electronic Book. The indie sci-fi RPG ran a very successful Kickstarter, taking in $432,029 in funding from 9,440 backers and then publishing to critical praise.

This blogger is a backer and one of the reviewers who applauded the game.

However, publisher Massif Press is less than thrilled with the nomination.

The adventure Massif Press is referring to is Blood in the Chocolate from Lamentations of the Flame Princess. The supplement is a gory take on Charlie and the Chocolate Factory.

Blood in the Chocolate won Best Adventure in 2017, taking the gold prize ahead of Chaosium’s Doors to Darkness.

On Twitter, I asked Massif Press if they would ask to have Lancer removed from the ENnie Awards.

Massif Press stated that until further clarity was given as to why the adventure won the award that they will not be accepting any ENnies.

There is a disclaimer in the form of an ‘added note’ on Blood in the Chocolate’s DriveThruRPG page which says;

Geek Native has reached out to the ENnies for comment and will adjust and amend this article if and when there is a response.

Update: 30 June – Geek Native has received an update from the ENnies. Firstly, it is relevant to point out that there has been leadership and policy changes at the ENnies since 2017. Secondly, Geek Native understands that the ENnie organisers have reached out to Massif Press to ask whether they would like to retract their voluntary submission.

A blog post from the awards site has announced Uncaged | Volume III has earned the replacement nomination. Uncaged is a series of D&D adventures that subert tropes around female monsters in myths.

Good for Lancer RPG. They’re good folk at Massif Press, and every time I think about the 25 dollars I gave them for the core rulebook (which is also available for free, but the DM info and SO MUCH COOL ART is in the paid copy) I’m glad they’re consistently pushing the boundaries with their game as well as making sure that tabletop gaming is a safe place for everyone. Ever since Massif released their playtest materials, I’ve been a huge fan of the system, and every day I’m glad I don’t have to worry about Massif being another company… Read more »

The scene in question is not a mandatory one. As is the case with all games, alterations can (and should) be made based on audience. LotFP is known for being bizarre, dark, and outlandishly offensive. You don’t have to like or condone every adventure, but the system is good. Plus, it’s a bit outrageous to hold an aware hostage for such reasons. RPG’s are supposed to push boundaries, and LotFP does so by making us uncomfortable. If you aren’t comfortable, the system has accomplished its goal, and if you’d rather not go that route, the DM/Referee can alter the game… Read more »

Blatant PR stunt. Enter themselves only make a fuss after being nominated. Sad really. But then no one actually seems to be playing their game. 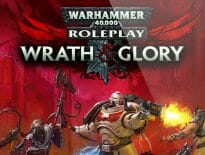 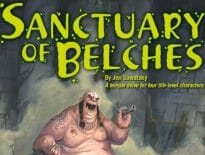