There is a long-held belief that competition breeds innovation and the heat in the virtual tabletop marketing place certainly seems to keep new features cooking.

Roll20, probably the dominant player, will soon launch its own RPG Burn Bryte, Fantasy Grounds is shifting itself to Unity, Talespire looks great and Foundry charges an one off fee.

The drawing update is open to everyone and allows both GM and players to doodle cleverly onto the virtual map. You could do this to show an area of effect, the creep of flames, or where PCs think noises might be coming from. Astral provides fire and fog FX.

Astral has, at the same time, implemented a common request so the map’s snap grid can be turned off in such a way as to stop character tokens snapping in to place. This means, if you want, on a map-by-map basis, place your tokens with custom precision.

The updates rolled out today also include improvements to the dynamic light system so that users should see a lot less lag, a new quick start for Infinity RPG from Modiphius and nearly 400 new assets for Pro subscribers. 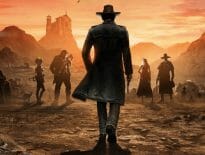 Tabletop & RPGs Free to Download: Desperados – A Pen and Pap… 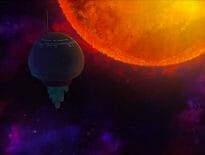