There’s a duopoly of virtual tabletops in the roleplaying world. There’s the browser-based Roll20 and the software-based Fantasy Grounds. A newcomer, a dark horse in the race, is the DrivethruRPG backed Astral and it is hard to say how they’re doing.

There are two main reasons why this duopoly has formed. The first is due to licensing. Fantasy Grounds and Roll20 legally support D&D, Pathfinder, Call of Cthulhu and other favourite games. These frontrunners have those licenses because they’re the frontrunners. It’s a catch-22 for everyone else. The other reason is risk. Gamers have seen many failed Kickstarters and don’t want to risk sinking money into any more and players don’t want to risk adopting a virtual tabletop that no one else does as they won’t get any games.

A pledge of £16 (NOK 174) gets you the game and beta access. Well over a thousand gamers have done that. Step up to £28 (NOK 303), and you’re getting that, exclusive in-game dice, wallpapers and other goodies but its clear £16 is all you need to keep your hand in with TaleSpire.

However, hundreds of backers have gone for the £44 (NOK 476) level to get the Kickstarter exclusive Hero Pack, soundtrack, dice, wallpaper, TaleSpire on Steam and access to the beta.

Amazingly, the meta tiers worth hundreds of Pounds have sold out. This is a real indicator that the gaming community is really interested in the project.

How does TaleSpire look?

This is an example of the sort of scenes TaleSpire and present to players.

What do you think? Is this all smoke and mirrors or does TaleSpire have a chance at being a success and disruptive force in the virtual tabletop world? 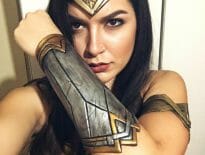 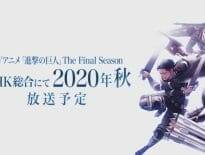