You are here: Home / Games / Tabletop & RPGs / Last-minute surprises at the GAMA election

GAMA is the non-profit organisation that helps the hobby games industry. You buy a membership, $300 a year if you’re a publisher or $50 if you’re an eager hobbyist and the board that steers and supervises the organisation is elected.

Yesterday, GAMA met to discuss better than expected losses and to vote in people for four roles on the board. Up for grabs were the Vice President slot, the Treasurer and two “Director-at-Large” positions.

ICv2 had news of last-minute pruning of the candidate list.

Three people dropped out of the running at the last minute;

That left the candidates and positions looking like this;

But let’s look at who actually won those ballots.

I’ve emphasised Julie Ahern as they were not on the candidate list.

In a follow-up report ICv2 notes that two candidates for the Director-at-Large position were nominated from the floor at the time of the election.

Julie Ahern was one, and Mark Truman of Magpie Games was another.

Congratulations to the winners. They join GAMA at a time when the organisation is facing a backlash over failing to support Black Lives Matter and the cancellation of Origins Online. The lockdown has cancelled Origins Game Fair, and the organisation lost $100,000 in 2019.

A loss of $100,000 is better than the forecasted loss of $200,000. However, without Origins running in 2020, it is hard to see how GAMA will make much money at all this year. We’re told the current reserves are enough to keep the group afloat until 2021.

Last-minute surprises at the GAMA election 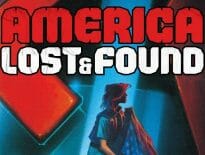 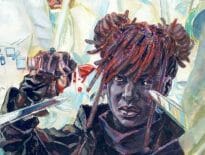