You are here: Home / Games / Tabletop & RPGs / Here are the racist Magic cards Wizards have banned

This is not the first racism in Magic: The Gathering story that Geek Native has covered.

Wizards of the Coast has announced they will purge seven Magic cards from their database because of racist connections.

I’m no longer a Magic player but names like “Stone-Throwing Devils”, “Pradesh Gypsies” and “Crusade” make it easy for me to imagine those cards will be problematic.

I thought there might be a debate around “Invoke Prejudice”. It’s a card that acts as a counter-summon, which can be used if an opponent casts a Summon spell that does not match the colour of one of the creatures in your control.

Okay, that’s certainly invoking racist connotations, but it does explicitly call it “Prejudice”.

There’s a kicker, though. The card’s ID in the Gathering database ise 1488.

I had no idea what 1488 was a racist dog-whistle. Half of it invokes 14 Words as a reference to the white supremacist terrorist group and the other half, 88, is a shortcode for “Heil Hitler”. H is the 8th letter in the alphabet.

In other words, the “Invoke Prejudice” card was filed into the Magic: The Gathering database using supremacist terrorist parlance.

Today, we will be changing the multiverse ID and removing the Gatherer card image for the card Invoke Prejudice, originally printed in 1994. The card is racist and made even worse by the multiverse ID it was unfortunately codified with years ago. There’s no place for racism in our game, nor anywhere else.

But to that point, it should never have been published nor placed in the Gatherer. And for that we are sorry. The events of the past weeks and the ongoing conversation about how we can better support people of color have caused us to examine ourselves, our actions, and our inactions. We appreciate everyone helping us to recognize when we fall short. We should have been better, we can be better, and we will be better.

Here are the racist Magic cards Wizards have banned 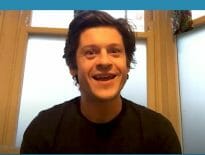 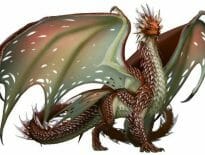