You are here: Home / Geek Stuff / The Alpha Predator: NECA 100th Predator model will be a playable Hunting Grounds class

The model maker NECA started making Predator figures in 2010 for the Predators movie.

The company has just released its 100th model; the Alpha Predator.

The Alpha will have a limited initial release, is an original design showing a rather insect-like mask and gear and is a homage to the franchise’s early days.

This time, NECA aren’t making a model based on what appears in a comic book, film or computer game, it’s the other way around. Working with 20th Century Studios and IIIFonic, NECA’s Alpha Predator is a playable class in Predator: Hunting Grounds for the PS4.

Each Alpha box comes with a DLC code that can be redeemed to unlock the alien as a playable class.

We have been working closely with the great team at IllFonic. When the opportunity presented itself to allow for the inclusion of Alpha Predator into the game we jumped at the chance. It’s so gratifying to see our original action figure design come to life as a playable character in the game. The whole NECA studio was elated to see the character model and we cannot wait to play as Alpha this Summer”

You can examine the model more closely over at NECAonline.com.

Why? What I mean is why do they continue to give us content we have to pay for when we have over played for a game that’s not even finished!!! Seriously we still have three maps and the same three missions to do the matches are over in less time than you spend waiting to play. People please don’t hand them over anymore money until they give us what we paid for. As it is they will be lucky to get the right to do any other game after this. 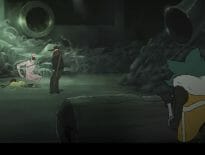 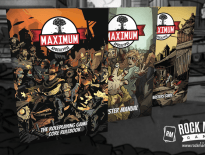