You are here: Home / Games / Tabletop & RPGs / The Toughest Dungeon in the World

Tunnels & Trolls is the second oldest tabletop RPG. It was published in 1975 by Flying Buffalo, that’s a year after Dungeons & Dragons.

Created by Ken St. Andre, Tunnels & Trolls was designed to be easier to learn than D&D and had not just group tabletop play in mind, but play-by-mail (since it was so hard to find other gamers back then and we had no internet) as well as solo play.

Solo play seems to be making a bit of a return these days, given the new boom in RPGs and the lockdown, but it’s easy to overlook that solo play as been around since pretty much the start of the hobby.

This week, Ken St Andre has published a new version of Toughest Dungeon in the World.

This is a solo play adventure.

The original Toughest Dungeon was published back in 1980, not by Flying Buffalo, but by the (original) Judges Guild. The new version has been released by Trollhalla Press and is 48 pages long.

Trollhalla Press is Ken St Andre’s company and, frankly, looking the website it seems like it’s taken a miracle to publish Toughest Dungeon. Trollhalla was last updated in May 2018 and says;

Due to lack of organization on my part, I no longer no exactly what I have for sale. I am closing the store for now. I may bring it back some time in the future when/if I can get my shit together. Sorry, friends. Your best bet, if you want to buy something from me directly, is to contact me and ask.

The new Toughest Dungeon in the World is, at the time of writing, half-price at $7.95 and it uses Tunnels & Trolls as a system.

The Toughest Dungeon in the World 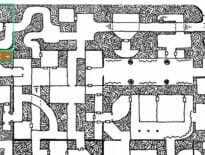 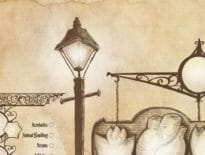 Art Hand-drawn new “Tales of Old Orleans” …
💰 Copper Coins 💰 Geek Native is an affiliate and may earn commission on purchases you make from third-party sites.
🍪 Privacy & Cookies 🍪 The site uses cookies to survive. By accessing the site, you agree to use your browser to control cookie use or take 1d4-3 privacy damage (tracking). If you defeat cookies via ad blocking, please consider the Patreon. An intro to cookies, and how to control them, can be found here. I Manage Cookies