Studio Agate is currently running a Kickstarter a combination of Shadows of Esteren RPGs and art. It should be the highly acclaimed fantasy’s 8th birthday celebration tour, but all the cons have been cancelled. The Kickstarter is being run instead.

It’s worth noting that there’s been a change to the Kickstarter since it went live. Studio Agate has announced a reprint of the core book, which has not been available in retail for quite a while. That means there’s a new $50 RPG core book pledge tier which delivers a Kickstarter Special Edition.

The cover of the Kickstarter Special core rules edition is by Yoann Lossel, which you can see below.

The other half of the Kickstarter is all about the art of this dark fantasy land.

If you want it; there are currently 12 pages of “Dark Romanticism” art available for free.

The full artbook, if funded, will weigh in at 200 pages and have 8 themes;

What does Dark Romanticism look like? Here’s a teaser image from the artist Chane.

You can get to the Kickstarter directly if you want to back or head to DTRPG for the free art preview instead. 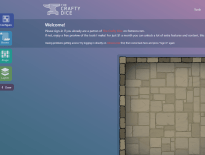 Sites Design your own tabletop RPG battle maps with The … 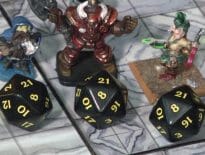