You are here: Home / Games / Tabletop & RPGs / Roll a “natural 21” thanks to this Kickstarter

Paolo Garbanzo has turned to Kickstarter to fund a novelty dice project. These d20s have their “20” face replaced with a “21”.

If the name “Natural 21” rings a bell, then it might be the Nat21 Adventures Livestream that Paolo runs with other ren faire performers. The Kickstarter is asking for $4,000 fund, and you can see how they’re doing at the campaign page.

It’s as if there’s a second Kickstarter hidden in the first.

If you visit the Kickstarter page, you’ll find a video there, even if Garbanzo has decided only to use a still image for the header. That video discusses the dungeon tiles.

If you go higher, then you start to unlock dungeon titles. There are two sets; white marble for elegant buildings and a Redstone for dungeons.

There are about a dozen pieces in each, and they look pretty good. It’s just odd they barely feature in the Kickstarter, not even getting a photograph of their own.

Roll a “natural 21” thanks to this Kickstarter 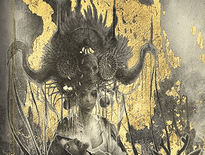 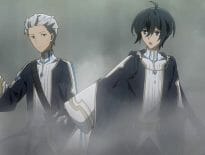