You are here: Home / Geek Stuff / Do names have power?

Do you consider yourself to be superstitious? Or do you trust science? Can you do both at once?

Last year, Geek Native ran a competition to give away copies of Justin Lee Anderson’s The Lost War. The book is set in a fantasy version of Edinburgh and draws on Scots Gaelic for names.

Last week, Audible emailed me to say my pre-order of The Lost War audiobook had cashed in.

It was a timely reminder to dig into the stats from The Lost War competition. The main thing you had to do to enter was answering the question; “Do names have power?” you also had to say whether you consider yourself a geek or not.

Overwhelmingly, Geek Native’s readers think that names have power. We didn’t ask why names have power, so perhaps none of those responses is about “magical demon binding”, and maybe all of them are practical like “It would help if I knew the name of this customer service rep being rude to me on the phone”.

“Do names have power?” the stats

So, as you can see, the results are overwhelmingly in favour of the idea that names have power.

Do you think people who identify as geek are more or less likely to believe that names have power?

In other words, Geeks are more than 10% more likely to ascribe potency (mystical or practical) to a name. 65.4% of non-geeks geeks think names have power, but 77% of geeks do.

Do you think names have power?

What do you think? The competition is closed now, so there are no prizes for answering the poll below, but that also means you can compare your answer against a non-incentivised audience.

Just a reminder that if you’re on a mobile, you might have some scrolling within the poll widget.

The graph below takes a minute or two to update.

Do names have power? 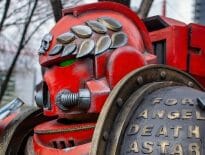 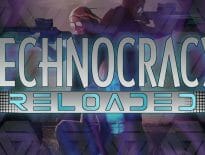