Out of those tens of thousands of individual backers, you will notice hundreds of game stores also in on the action, backing the game so they can get it directly from Cephalofar and sell it on. Of course, third-party logistics companies have been unable to work during the lockdown.

So while Frosthaven only just beat Kingdom Death: Monster 1.5, it did so with four times the number of backers.

Of course, many board games leave the option open for additional post-campaign sales and expansions. Those figures are unknown to us.

Frosthaven makes the most tabletop game money in Kickstarter history 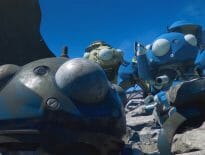