You are here: Home / Games / Tabletop & RPGs / Are digital RPG books about to become 20% cheaper in the UK?

When you buy an ebook in the UK, 20% of the money goes to the British government as value-added tax.

Yesterday, the government announced plans to scrap that 20% and lower the price of all e-publications.

The goal is to get this done by the 1st of December, this year.

This should hold true for sites like D&D Beyond, DriveThruRPG, DMs Guild and Itch.io as even sites in America have to file VAT returns to the 28 member states in Europe. After Brexit, the UK may do things differently.

Itch.io explicitly calls out their VAT MOSS obligation, applying it only when the vender is also in the EU. Maybe that’s right, tax law is a horror.

Will the retailers pass on the 20% saving?

The complexities of European tax law may be unknown and mysterious to the site you buy most of your ebooks from. That would be understandable! That would also mean that maybe that particular retailer had not been asking where in Europe (as VAT is different in different countries) visitors are from and not filing the correct VAT returns.

Equally, even if an ebook seller is fully compliant with EU tax rules, they are not forced to lower their prices. Creating an ebook site that adjusts prices down by 20% once it identifies someone as shopping from the UK might be technically impossible or just too expensive to implement.

Oh, and as a point of interest, in the UK there’s no VAT on physical books as they are considered essential, and that reading is a good thing.

What do you think? Will there be any changes in ebook prices as a result of this government effort? Do you think retailers will pass savings on?

Are digital RPG books about to become 20% cheaper in the UK? 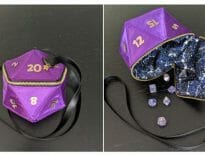 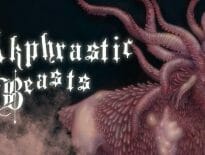