You are here: Home / Games / Tabletop & RPGs / An Unexpected Party: Weta to release a new The Hobbit board game

Special effects and model experts Weta Workshop have a brand new The Hobbit board game in their lineup. It’s about winding up Bilbo, really.

The game is designed for ages 10 and up, lasts around 50 minutes and takes place during the scene in the book where the dwarves unexpectedly start to arrive at Bilbo’s. Or, as the board game is based on the movies, the Unexpected Party is based on that scene.

The art features work from Daniel Falconer who worked on those films. The game itself is the work of Ian Luxmoore and Jarrat Grey.

Playing as a dwarf, you move around Bag End, sing lines from the song “The Things Bilbo Hates” and make a mess. The trick is not to push Bilbo too far.

The player with the most points at the end of the song, or when Thorin arrives, is the winner.

I wonder if it could be adapted into a drinking game.

An Unexpected Party: Weta to release a new The Hobbit board game 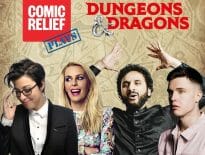 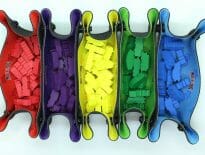