You are here: Home / Games / Tabletop & RPGs / The Batman Who Laughs gets a board game

The Batman Who Laughs, one of the most sinister baddies from DC, now has a board game of his very own.

It’s the OP who are making this happen. The game is The Batman Who Laughs Rising which makes it the fifth in the Rising series.

The game is good for ages 15 and up, lasts for about an hour and can be played by one to four people.

The Batman Who Laughs is an alternative reality version of Batman from the Dark Multiverse. As the name implies; this evil Batman is both The Joker and Batman.

If you’re interested in the comic book series in which this Batman is encountered then check out Dark Nights Metal.

The Batman Who Laughs isn’t the only alternative and evil Batman. The board game features some of the other mashups including The Merciless, The Dawnbreaker and The Murder Machine who have also made it from the Dark Multiverse into Batman’s Gotham.

To defeat these villains, Wonder Woman, Green Lantern, Hawkgirl and Batman must use their own special abilities and team up with the likes of Harley Quinn, The Flash and Cyborg to take the menace on.

The Batman Who Laughs gets a board game 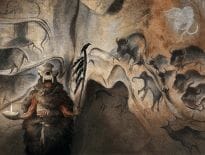 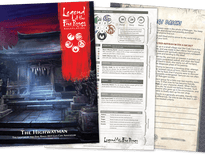