Free League Publishing has the license for the official Alien RPG, and it broke into the top five selling RPGs in America at the end of the year.

Tapping into the booming popularity of tabletop RPGs, a hobby that’s attracting new interest and even Holywood’s attention, Free League Publishing have a new Boxed Starter Set, which you can pre-order today and which is due in August.

The Starter Set will cost $49.99, an abridged 104-page softcover quickstart of the core rules, 20 dice, reference cards, character handouts, a star map and the Chariot of Gods adventure.

How does an Alien RPG actually work? Inevitably everyone dies horrible deaths?

There are two different ways to play the Alien RPG. You can play a cinematic mode and use an adventure written by Free League Publishing or a campaign mode and try to survive until the next adventure and progress your character.

It’s the cinematic mode in which characters are likely to die, aren’t always reliable allies and in which a follow-up isn’t expected.

The original cinematic adventure is Charoit of Gods, which is in both the full rules and the Starter Set.

Destroyer of Worlds is written by sci-fi author Andrew E.C. Gaska, who also penned Chariot of the Gods, and this time moves the drama to the fate of a team of Colonial Marines. 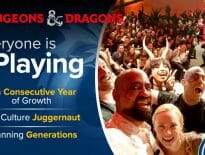