Hasbro’s 60-year-old board game of military control is being brought into the grimdark future of Games Workshop’s Warhammer 40K.

Who would do such a thing? The Op.

Ultramarines, Orks, Chaos Space Marines, Aeldari Craftworlds and Genestealer Cults battle for control of the planet of Vigilus. In Warhammer 40K lore, Vigilus is an Imperial world that’s an essential stop on the route through the Great Rift.

The Warhammer 40K Risk game comes with a custom board to show the planet, 225 faction tokens as well as the 5 leader tokens.

You’ll get 5 dice with the game, 40 territory cards, 20 objective cards and 16 reward cards as well as a physical copy of the rules in the box.

The OP recommend the game for ages 10 and up, for 3 to 5 players and estimate it’ll take at least an hour to seize control of Vigilus.

It’s real, official and for sale from The Op.

Warhammer 40K RISK pits 5 factions in a battle for control 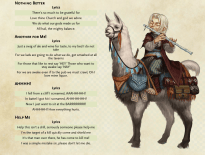 Tabletop & RPGs Conjure a song with the Bardic Song Creator 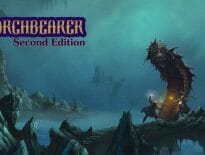