Torchbearer 2 has the longest, least informative and loudest Kickstarter pitch I’ve ever sat through. It’s a music video. Let’s hope it doesn’t become a trend as other publishers try and emulate the Burning Wheel’s success with the campaign.

Torchbearer is a dark and gritty tabletop RPG about careful inventory management and touch choices. You can find out more about the project at the campaign page.

Torchbearer is about desperate adventure in a dangerous land where most adventurers are considered (and probably are) criminals. There’s a primer on the dark world by The Burning Wheel’s Thor in the Kickstarter comments. You can also get an introduction to the Dungeoneer’s Handbook from Dropbox.

The Burning Wheel has published their company beliefs on the Kickstarter. That’s a move I applaud, and I’ve cherry-picked two bullet points from them to summarise this campaign.

We are unconcerned with popularity or convention and will sacrifice a great deal in service of a compelling idea. Though it’s painful to admit, we accept that our games will likely never be popular with a broad audience.

Let’s see how much it costs to get on board the grimtrain.

A pledge of $30 is what it takes to get the PDF of the Lore Master’s Manual, the Scholar’s Guide and the Dungeoneer’s Handbook. That’s the three main books; two of which are core.

Getting the Scholar’s Guide and Dungeoneer’s Handbook as both hardcovers and PDFs cost $40.

It’s $60 get all the main books in hardback.

It’s this $100 tier that is attracting most of the attention and, at the time of writing, is fast approaching 1,000 backers. 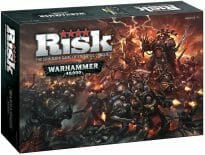 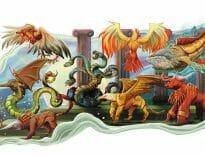