You are here: Home / Movies / Jumanji scriptwriters linked to a One Punch Man live-action movie

Variety is reporting that Scott Rosenberg and Jeff Pinkner are to write the live-action version of One Punch Man, an option Sony is keen on.

The writers are favourites with Sony after penning not only both Jumanji movies but also Venom which, despite mixed reviews, made plenty of cash and will produce a sequel.

One Punch Man is actually quite young to have made a move all the way from webcomic, to print, to anime and now be this far into the movie-making progress. The first time anyone saw the bored and bald superhero was in 2009.

The title is, of course, a smash hit with more than 30 million copies sold and a bit of battle over the English language streaming rights for the second season of the show. Hulu won in the US, whereas Crunchyroll had the license in the UK.

Variety claims their sources know that Sony is very interested in the title. They see it as safely popular and with the potential to spawn a franchise, but we often see geek titles move into scriptwriting and then get no further, especially with anime to live-action.

Jumanji scriptwriters linked to a One Punch Man live-action movie 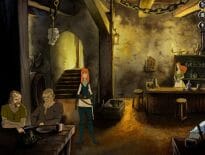 PC Free to Download: The Shadows of Esteren RPG point… 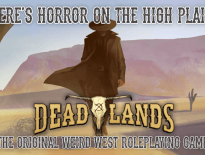