You are here: Home / Books / Comics / Is how we buy comics about to change forever?

The last few weeks have been terrible for comic books. Diamond isn’t delivering and they are the dominant distributor in the States. Their sister company, Alliance Game Distributors, isn’t paying.

Rich Johnston of Bleeding Cool has the news that ComicHub might be on the verge of reshaping the landscape.

ComicHub is a suite of tools but, in particular, it’s software that handles the point of sales activities for retailers. That’s the moment the shop swipes your credit card, taking note of what they’ve sold for their inventory management.

It is being reported that ComicHub is gearing up to let local gaming stores sell digital codes for comics.

As a customer, buying a digital code gets you an immediate copy of the comic book in digital form – so you can get it now and read now, even in quarantine. You can then take your code into the store, when you want, and get the physical comic book. This last step, of course, is essential for people collecting physical comic books.

There may even be benefits for struggling logistics companies in this approach because it means retailers know more precisely how many books to order and can pay in advance.

It’s not entirely straightforward, though. ComicHub usually takes some time to be installed (and installation costs money), but according to Bleeding Cool given the Covid-19 circumstances the company has come up with an online-only option.

The Google and Apple apps have also been pulled, on purpose, by ComicHub. Why? Apparently to stop stores using ComicHub from stealing each other’s customers. I’ve never used the app, so I’m entirely sure how that would be possible, nevertheless, the apps are gone.

Bleeding Cool’s suggested timeline was that there would be a rollout starting on the 8th of April, with stores from the ComicsPRO activist group being added on the 9th of April, 200 more stores joining on the 10th and every comic book store in the world on the system by the 12th of April.

That sounds ambitious, but ComicHub even popped up on Twitter yesterday, and their first tweet shows what coverage they have already.

However, there’s no mention of these plans from ComicHub yet, not on Twitter nor on their website.

A tweet from Ryan Higgins, a retailer, was supposed to confirm the plans but has now been deleted. CBR says the tweet read;

CBR also said they’ve reached out to Marvel, DC and other publishers for comment. That’s the crucial step, isn’t it? It’s all very well for retailers to be able to sell digital codes, supply digital comic books and then the real deal but the publishers need to be in agreement too.

Nevertheless, ComicHub certainly seems to be gearing up for something. Let’s watch this space.

Is how we buy comics about to change forever? 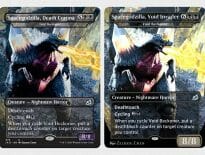 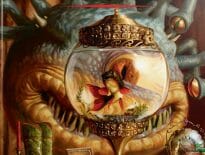