You are here: Home / Geek Stuff / Asmodee to pay someone to manage all the gaming divas

Geek Native is one of many blogs run as a hobby that covers tabletop games. There are even a few sites that manage to do it professionally. Pop over to YouTube, and you’ll find a second infinity of gaming channels.

Asmodee has a job ad out for Social Media & Influencer Manager.

The social media part is straight forward; grow Asmodee’s presence on platforms like Twitter, Instagram, TikTok and Facebook by coming up with creative concepts that engage potential customers. That’s straight forward, not easy. In particular, if Asmodee doesn’t already have a community manager then they’ll probably expect this applicant to do that too – spending time answering questions on social media from enthusiastic, or frustrated, or ‘expert’ gamers.

The role is also about managing Influencers. A trendy term, ‘Influencers’ are supposed to be individuals with enough social media clout that they help set fashion.

A popular YouTube channel deciding to cover your game (and like it) can have a huge impact.

In the broader marketing world, though, there are growing concerns around influencers. How effective are they? How much of their following is fake? Are these people clearly disclosing their commercial relationships clearly enough?

These concerns come as so-called Influencers are charging more and more money merely to mention games (or other products) as well as demanding creative input into marketing campaigns.

I could have titled this post along the lines of ‘Asmodee will pay you to talk about games all day’, but that would be doing a disservice to the demanding role. It sounds like a sweet gig, and I’m sure it’s lovely working for Asmodee in Alton, Hampshire, but I suspect the successful candidate will spend a chunk of every day dealing with divas.

Asmodee to pay someone to manage all the gaming divas 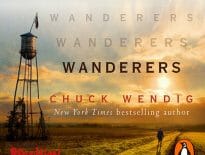 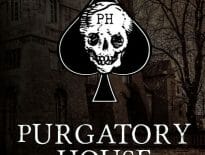