Monte Cook’s Ptolus: City by the Spire as always been a big and expensive game. However, the onetime D&D designer has earned a loyal set of fans, and they’ve never been insulted by the costs of the giant book. The latest Kickstarter is no exception, already has over 2,100 backers and has raised more than a quarter of a million in pledges.

Ptolus is a campaign setting full of mysteries, betrayal and the supernatural. This Kickstarter campaign is to produce two different versions of 670+ paged book; one for Cook’s own Cypher System and another for 5th edition. You can read up more on the campaign page.

Ptolus is, or was, Monte Cook’s own campaign setting and a mix of urban and dungeon adventures. It was the game that Wizards of the Coast staff played.

The concept makes perfect sense; a city full of adventurers and organisations that bustles above a newly discovered mega dungeon. The city’s economy is all about exploring the dungeon below it and the tower above it.

There’s something poetic about a mega dungeon, in the game, creating a whole economy around it while also being a hundreds of thousands of dollar Kickstarter project.

If you want the bare bones – the Ptolus setting itself in 5e and Cypher – and PDF is your format of choice then it’s only a pledge of $40. That works out very well if compare the cost per page of Ptolus to very many other settings.

The estimated delivery of those PDFs is March 2021, little over a year away.

If you also need the Cypher System rulebook then the $100 tier is for you. That’ll get you both Ptolus books, the System book, Ptolus for 3e and some other 3e titles early.

The first tier that offers a book, and you’ll have to pick either 5e or Cypher, is $150. You still get both rule system variants of Ptolus in PDF at that level. This tier is the one that most backers have gone.

You can go all the way up to $400 for an autographed copy of both books, 5 copies of the Ptolus Player’s Guide, a huge map and the PDFs.

Shipping needs to be considered for such a large product; however many countries make exceptions for books and Monte Cook have a thorough write up. Brexit, in the UK, is a potential challenge because it may impact how Monte Cook can get their books out of the UK and to mainland Europe. 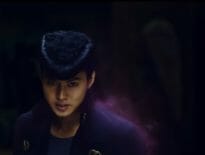 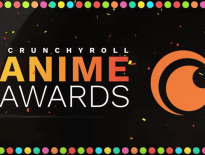 Anime What are the best anime of the year?
wpDiscuzComment Author Info