You are here: Home / Games / Tabletop & RPGs / Roleplayers react to the annexation of White Wolf

Shams Jorjani delivered the news, VP of Business Development (sales), at Paradox Interactive in a news post published this week.

White Wolf has had a rough year but seemed to take a turn for the better in July when they told the alt-right to fuck off in a live stream led by 5th edition producer Jason Carl.

The publisher, in part because of its name, has always had unwanted attention from extremists but the ‘pre-alpha’ test of Vampire: the Masquerade 5th kicked up controversy. It used the number 1488 as one example dice roll and the phrase “Triggered” to describe a Brujah discipline.

This blogger wasn’t aware that ‘1488’ was a Nazi code. White Wolf explained that neither did their author and that the example of dice rolling 1, 4 and then 8 twice would be removed from the book.

White Wolf accepted the use of Triggered was a poor one. The problem with the word is that it is used by the mental health community to describe someone who has been forced to relieve a traumatic experience. It’s a serious word that needs serious consideration. Amanda Bertsch wrote a lengthy explination of this, if you want to dig deeper, and it seems White Wolf did and decided they had misused it.

Recently, both the Camarilla and Anarch books managed to upset some roleplayers as well. This was the last straw for Paradox.

The Anarch book contained sections on suicide while the Camarilla book had a chapter on the current crimes happening in the Chechen Republic. The book suggests that the torture and imprisonment of gay men there was the result of the politics of the vampires.

From the very beginning, the World of Darkness has always been an alternative Earth, rich in horror, in which it pretended that some important historical events and people were vampires or the pawns of vampires. The crisis in the Chechen Republic, though, is not historical. It’s happening now.

The World of Darkness has always been about horror, and horror is about exploring the darkest parts of our society, our culture, and ourselves. Horror should not be afraid to explore difficult or sensitive topics, but it should never do so without understanding who those topics are about and what it means to them. Real evil does exist in the world, and we can’t ever excuse its real perpetrators or cheapen the suffering of its real victims. In the Chechnya chapter of the V5 Camarilla book, we lost sight of this. The result was a chapter that dealt with a real-world, ongoing tragedy in a crude and disrespectful way. We should have identified this either during the creative process or in editing. This did not happen, and for this we apologize.

Writing at EN World, Darryl Mott called out another quirky aspect of the Chechen Republic saga and said;

This chapter, which all credited authors on the book have publicly denied writing, described real-world events going on in the country as a camouflage for the activities of vampires, who have openly taken over the country.

Why would that be? Did someone in White Wolf secretly add in the section? Or are legal threats from the Republic forcing writers to keep their heads down?

Writing alternative history/alternative Earth horror seems to be too much of a risk to be financially wise for Paradox Interactive. However, they’re not abandoning either White Wolf or the World of Darkness.

Publishers and authors can write for the World of Darkness and sell them via the Storytellers Vault Paradox will manage the franchise.

Going forward, White Wolf will focus on brand management. This means White Wolf will develop the guiding principles for its vision of the World of Darkness, and give licensees the tools they need to create new, excellent products in this story world. White Wolf will no longer develop and publish these products internally. This has always been the intended goal for White Wolf as a company, and it is now time to enact it.

What do gamers think?

The move, on Twitter, seems to have been broadly welcomed.

Other gamers have given up on the company already.

There are also those people who are urging to let the iconic game fade into history itself.

The 1488 problem won’t go away. Try as they might, White Wolf can’t seem to convince anyone the dice roll example was included without the intention of invoking secret Nazi codes.

Paradox Interactive has admitted White Wolf got it wrong. They’ve had to say this numerous times. A reoccurring theme in the conflict between the publisher and some gamers is in the issue of ‘fantasy world or real world’.

For example, Darryl Mott, tweeted about the suicide paragraph in the Anarch book the morning before Paradox Interactive dissolved White Wolf. He noted;

The tweet has been liked over 100 times, and so there is plenty of agreement. But the Anarchs are uncaring monsters. The text is from a monster’s point of view. Does that mean it’s White Wolf’s point of view?

On the flipside, the Chechen Republic and the horrors happening there are real. Did White Wolf need to use them to make money?

Indiana Jones is a hugely commercial franchise and has dozens of scenes with the heroes fighting the Nazis. Is that any different from some vampires being Nazis in White Wolf’s fictional horror story?

What’s the difference between Vampire: the Masquerade and a game like Kult: Divinity Lost which is full of horror, abuse and people doing terrible things?

The answer may be; trust.

Once White Wolf lost people’s trust, it was too hard for the publisher to win it back. Gamers began to scrutinise the company and the content it published more closely, ready to highlight any possible flaw.

What’s left of the World of Darkness?

Onyx Path Publishing, a third-party that writes for the World of Darkness, seems to be unaffected. The Chicago by Night Kickstarter is still live and with a few days on the clock has twice the money it asked for and nearly 1,500 backers.

Thanks for this but I have some neutral and not so neutral comments. First off This is a good article overall I think. However, this is the ridiculousness, politically correct cultishness and caving in (pusilimnity anyone?) to the minority (but apparently a rapidly growing one) contingent of overly individualized adherents to the primacy of consciousness world view and quite frankly unthinking and emotionally reasoning younger generation (I recognize this should not be a generalized statment) that is destroying my hobby that has been my passion for the last thirty five years, you should be focused on. But I’m guessing the… Read more »

Roleplayers react to the annexation of White Wolf 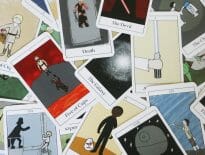 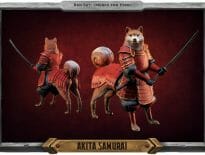